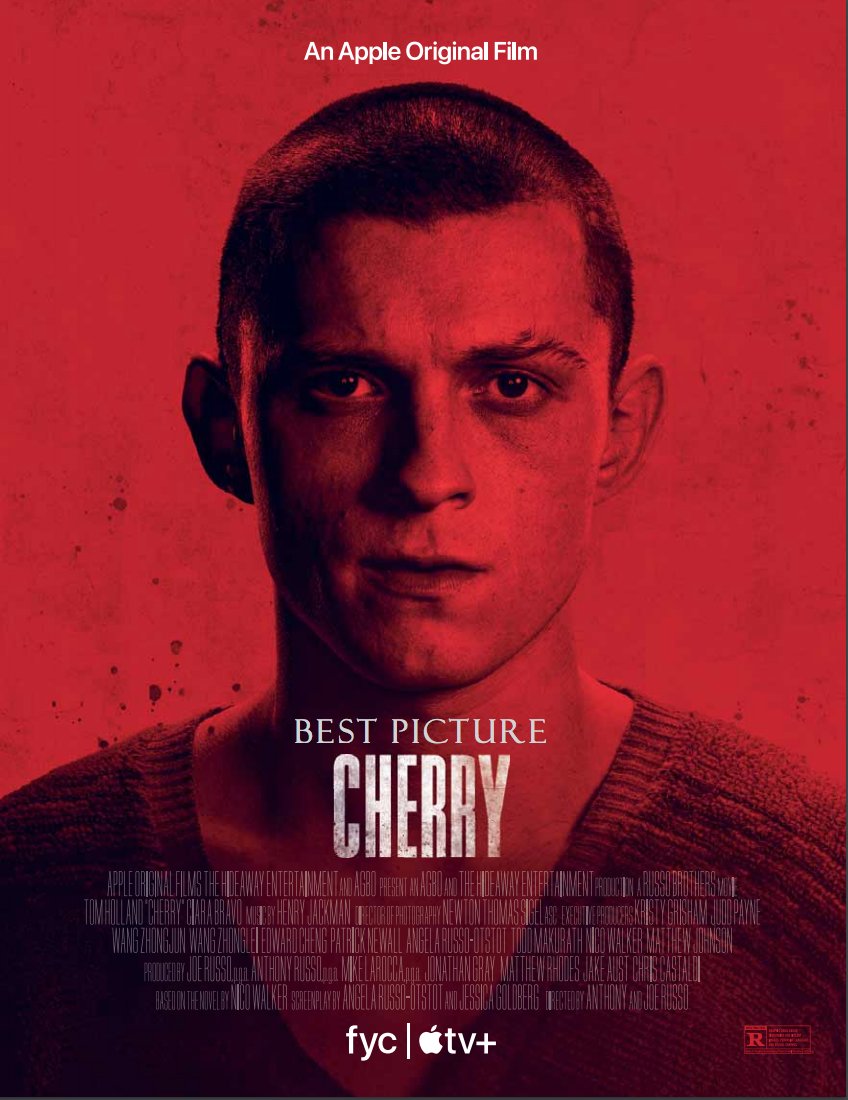 Cherry is a 2021 American film directed by Anthony and Joe Russo that will be releasing on February 26, 2021, and on Apple TV+ on March 12, 2021.
Premise: An Army medic suffering from post-traumatic stress disorder becomes a serial bank robber after an addiction to drugs puts him in debt.