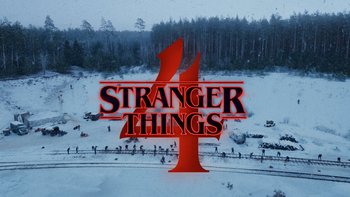 It is the fourth season of American science fiction horror drama television series Stranger Things. The first set of seven episodes was released on May 27, 2022, and the second set, of two episodes, will be released on July 1, 2022. The fourth season will have nine episodes and has continued to be produced by the show’s creators the Duffer Brothers, along with Shawn Levy, Dan Cohen, and Iain Paterson. The show’s main cast will continue to consist of Winona Ryder, David Harbour, Finn Wolfhard, Millie Bobby Brown, Gaten Matarazzo, Caleb McLaughlin, Noah Schnapp, Sadie Sink, Natalia Dyer, Charlie Heaton, Joe Keery, Maya Hawke, and Cara Buono, with Brett Gelman promoted to series regular status.

We’re excited to officially announce that production for Stranger Things 4 is now underway‚Äîand even more excited to announce the return of Hopper! Although it’s not all good news for our “American”; [Hopper] is imprisoned far from home in the snowy wasteland of Kamchatka, Russia, where he will face dangers both human‚Ä¶ and other. Meanwhile, back in the States, a new horror is beginning to surface, something long buried, something that connects everything…

When does Stranger Things premiere?

Where can I watch Stranger Things?