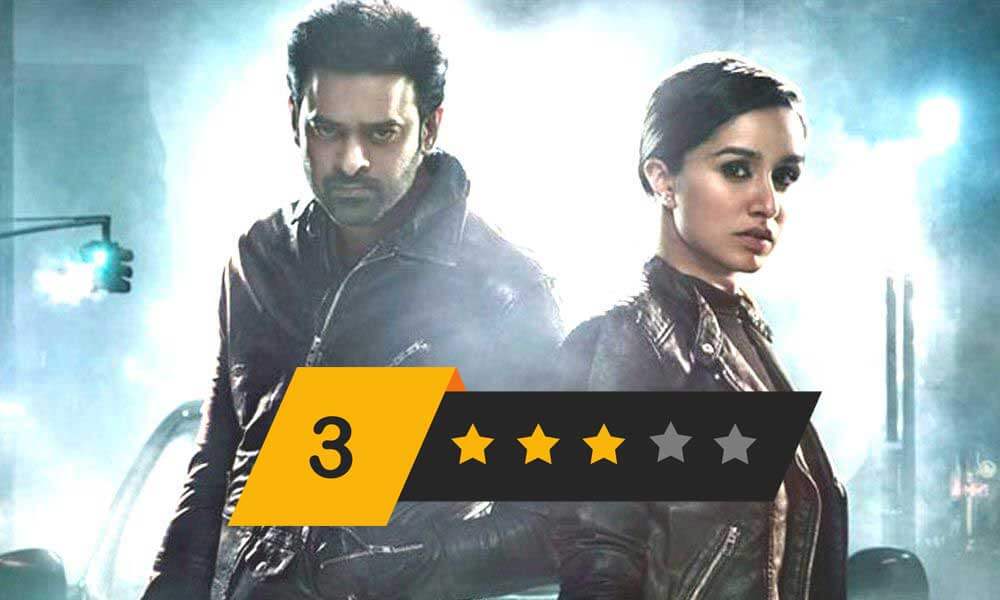 A plot should give work for our mind, but it shouldn’t be stress which we felt while watching Prabhas and Shraddha starrer Saaho.

Saaho Story: A huge empire, crores at stake and too many villains. In an unethical world, the son of the main emperor himself comes to the terrain to take revenge the people who betrayed and killed his father.

Written and directed by Sujeeth, has made few mistakes while making a comeback movie for India’s most loved superstar Prabhas. The movie has nothing but a plethora of twists which you feel more complicated while watching. Of course, audiences love to enjoy the story with the twists. But twist should satisfy the audiences, and shouldn’t feel, “how can it possible!!!”

The film has four songs, arranged in right times however they could have been detached some songs owing to the duration of time. Cinematography, VFX, actions sequences are quite intriguing; especially the climax fight might take you back to Bahubali flavour while hearing the BGM and the way they showed the Prabhas. The actors have done their best at given roles, the chemistry between Prabhas and Shraddha Kapoor is also eye-catching.

There is one scene where Prabhas throwing his parachute from a cliff and jumps to catch the parachute; eventually, he catches the parachute at the midway and shrugging it off at the last minute so he can land on his own two feet. Ditto with the scene where Saaho dons a flying suit to rescue Amritha who is hanging out of a helicopter, only to ditch his armour and land safely on the ground with not a scratch on either of them. The first scene was unnecessary and awkward to watch with the bad CGI, and in the second scene, they could have been made little realistic.

The film has many confusing twists, and director attempted to solve all the confusions in the second half; however, some doubts are yet to be cleared. The makers tried to exhibit so many subplots in one movie without briefing the characters of the film very clearly. They could have been followed KGF, and Baahubali path by making one tale with two films as both films succeeded in it.

Overall, the one-time watchable film ‘Saaho’ can entertain some viewers where some audiences might be disappointed as they expected more from their favourite Baahubali star Prabhas.