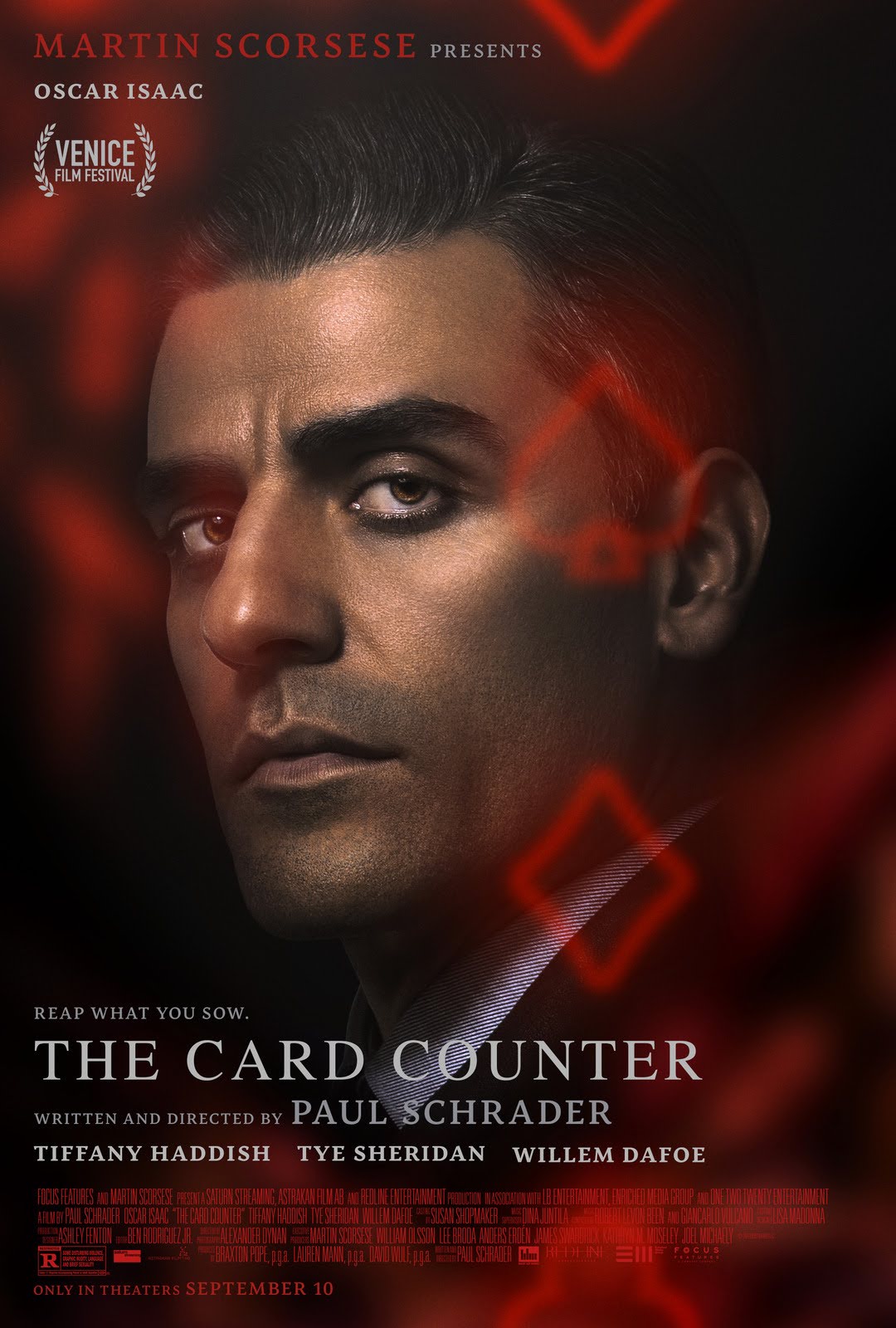 The Card Counter is a British-Chinese drama thriller film, directed and written by Paul Schrader. Starring by Oscar Isaac, Willem Dafoe, Tye Sheridan, and Tiffany Haddish, It is scheduled to have its world premiere at the 78th Venice International Film Festival on September 2, 2021. It is scheduled to be released on September 10, 2021, by Focus Features. The technical crew includes Giancarlo Vulcano,Robert Levon Been for music direction, for cinematography, and Benjamin Rodriguez Jr. for editing. Check below for more inside information about The Card Counter. This page will put a light upon the The Card Counter wiki, cast info, release date, teaser/trailer, actors/actresses with their roles, controversies, trivia, shooting location info, rumors, lesser-known facts, and more.

Redemption is the long game in Paul Schrader’s THE CARD COUNTER. Told with Schrader’s trademark cinematic intensity, the revenge thriller tells the story of an ex-military interrogator turned gambler haunted by the ghosts of his past.

Trailer/ Teaser of The Card Counter:

When does The Card Counter premiere?

Where can I watch The Card Counter?

« A Criminal Affair
The Burrows »

The Mighty Six Movie 2: Rise of the Villains