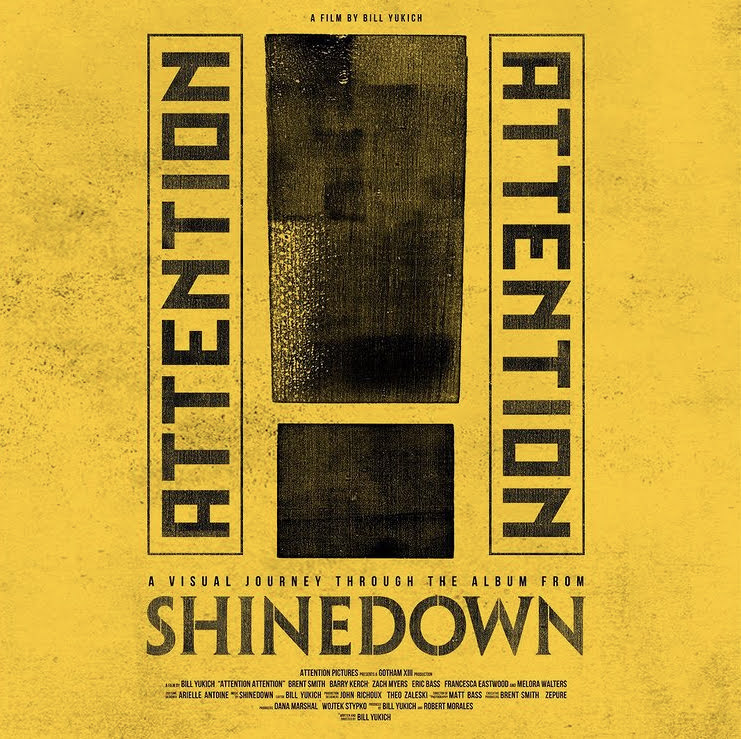 Multi-platinum band Shinedown invites viewers into the world of ATTENTION ATTENTION in their new film, bringing to life the story of the acclaimed album of the same name. A stunning sonic and visual work of art, the film weaves the 14 songs from the album into a provocative, visceral and thought-provoking journey that brings viewers along on a psychological, emotional and physical ride from life’s lowest lows to the highest highs. As anxieties dissipate and demons disappear, what emerges is a powerful and enduring statement about humanity, overcoming struggles, the importance of mental health, not being afraid to fail and the resolve of the human spirit.

Where can I watch Attention Attention?