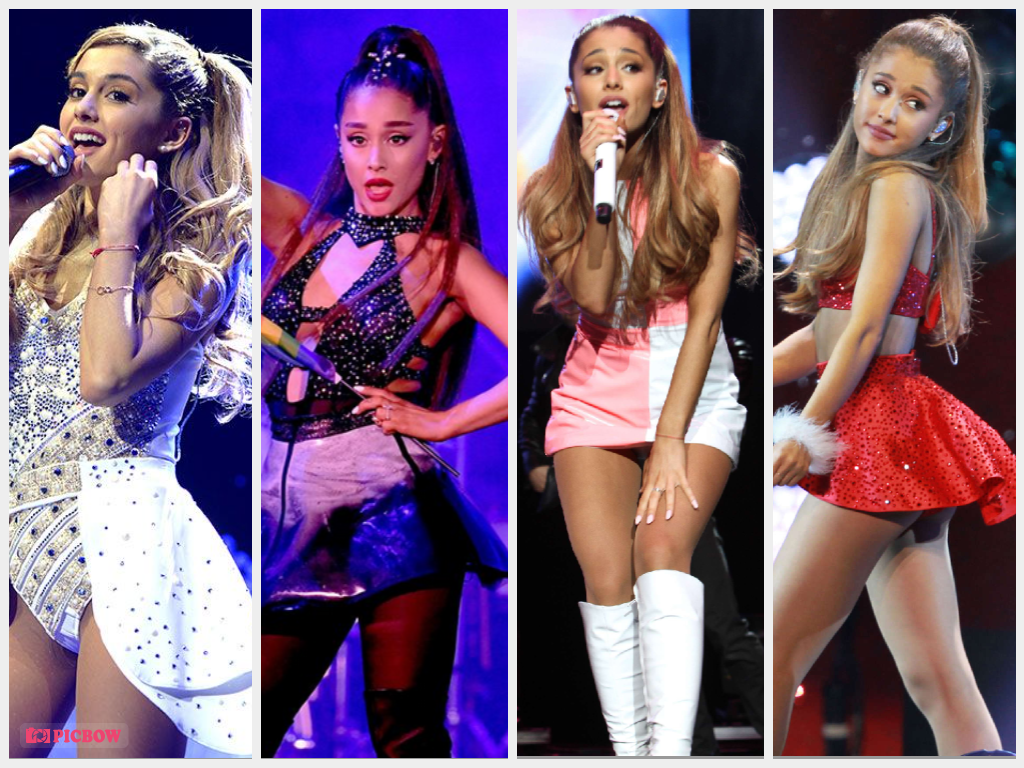 Ariana Grande is a famous American singer, songwriter, and actress whose four-octave vocal range has received critical acclaim. She rose to fame for playing Cat Valentine in the Nickelodeon television series “Victorious”. Her 1950s doo-wop-influenced pop and R&B debut album, ‘Yours Truly’, topped the US Billboard 200, while its lead single, “The Way”, reached the top ten of the US Billboard Hot 100. She is often regarded as a pop icon and triple threat entertainer. Grande is one of the world’s best-selling music artists, she has sold more than 85 million records globally, and all of her studio albums have been certified platinum or higher. Grande’s songs have become everyone’s favorite, and most of us listen to her songs all the time.

Let’s have a look at the greatest songs of Ariana Grande.

“Problem” is a song by Ariana Grande, featuring Australian rapper Iggy Azalea. It was written by both alongside Savan Kotecha, Ilya and Max Martin, being produced by the latter two with Shellback, with Peter Carlsson serving as a vocal producer. The song was released by Republic Records on April 28, 2014, as the lead single from Grande’s second studio album, ‘My Everything’. “Problem” is an uptempo dance-pop song with influences of R&B music, which comprises a melody based on drums, saxophone loops, and trumpets. It debuted at number three on the Billboard Hot 100 selling 438,000 copies in its first week on sale, earning Grande her biggest digital song sales week ever. [Source: www.insider.com]

“Focus” is a song recorded by Ariana Grande. It was released on October 30, 2015, by Republic Records written by Grande, Savan Kotecha, Peter Svensson and its producers Ilya Salmanzadeh and Max Martin, and features horns with cowbells and hand claps as percussion. Originally intended to be the lead single off of Grande’s third studio album, the song was later scrapped and replaced by its title track “Dangerous Woman”, and consequently removed from the album’s standard edition. The song debuted at number seven on the Billboard Hot 100 chart with 113,000 downloads in its first week.

“Break Free” is a song by Ariana Grande featuring Russian-German music producer Zedd. Written by Savan Kotecha and its producers Zedd and Max Martin, it premiered on July 2, 2014, on “Total Ariana Live”, MTV’s revival of “Total Request Live”. The song was made available by digital download later that day and was serviced to contemporary hit and rhythmic radio on July 8, 2014, as the second single from Grande’s second studio album ‘My Everything’. It peaked at number four on the Billboard Hot 100, becoming Grande’s third consecutive top-ten from ‘My Everything’, and fourth overall in the US.

“The Way” is a song by Ariana Grande, featuring American rapper Mac Miller, from Grande’s debut studio album ‘Yours Truly’. The song was written by Amber Streeter, Al Sherrod Lambert, Jordin Sparks, Brenda Russell, Miller, and the producer Harmony Samuels. It was released by Republic Records on March 26, 2013, as the lead single from the album. The song’s backing track is based on the piano melody from Russell’s 1979 song “A Little Bit of Love”. “The Way” peaked at number nine on the US Billboard Hot 100, which became Grande and Miller’s first top 10 song on the chart.

“Thank U, Next” is a song by Ariana Grande. It was released on November 3, 2018, through Republic Records, as the lead single from her fifth studio album of the same name, without any prior announcement or promotion. Written by Grande, Tayla Parx and Victoria Monét, along with its producers Tommy Brown, Charles Anderson, and Michael Foster, “Thank U, Next” is a celebratory ode to Grande’s failed relationships, following her highly-publicized breakup with then-fiancé, Pete Davidson. It has been listed as one of the 100 songs that defined the 2010s decade by Billboard, and was featured in several year-end and decade-end rankings. [Source: www.theguardian.com]

“Break Up With Your Girlfriend, I’m Bored” is a song by American singer Ariana Grande from her fifth studio album, ‘Thank U, Next’. The song was written by Grande, Savan Kotecha, Kandi Burruss, Kevin Briggs, and the producers Max Martin and Ilya Salmanzadeh. It was released through Republic Records on February 8, 2019, as the third and final single from the album. The song peaked at number one in eight countries and received platinum certifications in 11 countries.

“Dangerous Woman” is a song recorded by American singer Ariana Grande, serving as the lead single from her third studio album of the same name. It was written by Johan Carlsson, Ross Golan, and Max Martin, produced by Martin and Carlsson. The track was released as the first single from the album on March 11, 2016, the same date of the album’s pre-order on iTunes Store. “Dangerous Woman” is a mid-tempo pop and R&B song. The song debuted at number ten on the US Billboard Hot 100, making Grande the first artist to reach the top ten of the chart in the opening charting week with every lead single of her three studio albums.

“Side to Side” is a song by American singer Ariana Grande, featuring Nicki Minaj, from Grande’s third studio album, ‘Dangerous Woman’. Grande co-wrote the song with Savan Kotecha, Alexander Kronlund, and Minaj along with its producers Max Martin and Ilya. It is a reggae-pop song, featuring guest vocals from Minaj. The song was serviced to urban contemporary radio on August 30, 2016, serving as the third track from the album. The song peaked at number four on both the US Billboard Hot 100 and the UK Singles Chart.

“God Is a Woman” is a song by American singer Ariana Grande. It was released on July 13, 2018, as the second single from Grande’s fourth studio album, ‘Sweetener’. The song was written by Grande, Max Martin, Savan Kotecha, Rickard Göransson and its producer Ilya. “God Is a Woman” debuted at number 11 and later reached a peak of number eight, becoming Grande’s tenth top-10 single on the US Billboard Hot 100. It became her fourth single to top the US Mainstream Top 40 airplay chart.

“Positions” is a song recorded by American singer Ariana Grande. The song was released by Republic Records on October 23, 2020, as the lead single from Grande’s sixth studio album of the same name. The song was written by Grande, Angelina Barrett, Brian Vincent Bates, Nija Charles, James Jarvis, Tommy Brown, London on da Track, and Mr. Franks, and produced by the latter three. It is a midtempo song blending pop and R&B over trap beats, plucked guitar, and violin. “Positions” debuted atop the US Billboard Hot 100, becoming Grande’s fifth US number-one single and her third consecutive number-one debut of 2020. [Source: www.rollingstone.com]

« 5 Things We Didn’t Know About The Rock!!
Star Siblings: Famous Brothers and Sisters »