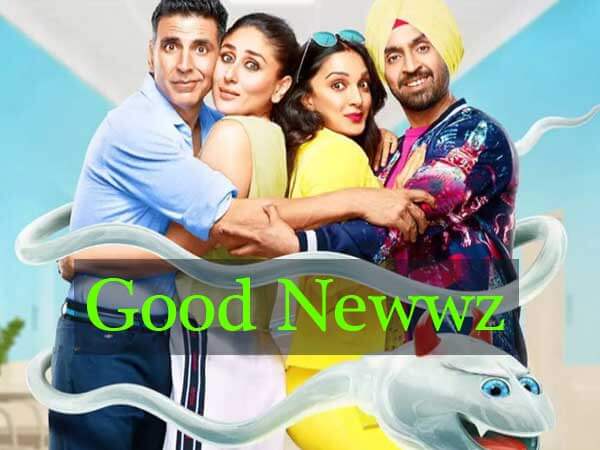 Review: The much-anticipated Bollywood movie of this year, ‘Good Newwz’ hits the screens of 27 December 2019, starring Akshay Kumar, Kareena Kapoor, Diljit Dosanjh, Kiara Advani, Adil Hussain in the pivotal roles. The premise of the film is two couples with the same surnames pursue in-vitro fertilization and wait for their upcoming babies. Trouble ensues when they find that each couple’s sperm has been swapped.

Good Newwz deals a fresh subject of a pregnancy switcheroo, which is a treat for the urbane family audience. Some sparkling light-hearted comedy scenes keep you engaged in the first half, but the director falters in the second half, as he fails to resolve the situations he has built up in the first part, say the viewers.

No much complaints about Vishnu Rao’s cinematography and Manish More’s editing, the film has decent production values and music, picturisation, hilarious dialogues, good setups and costumes are the attractions on the technical front.

The performances are top-notch. Kareena Kapoor Khan steals the show and delivers a knockout performance as the sophisticated Deepti, and her character’s emotional arc is developed well. Akshay Kumar hits the right spot with his comic timing. As does Diljit Dosanjh, who sinks his teeth into his character and plays it with full gusto. Kiara Advani is sincere and makes an impression. Adil Hussain as the straight-faced doctor, at the core of all the confusion, is a hoot.