Rachita Ram is an Indian actress who prominently works in Kannada Cinema. She was born as Bindhiya Ram (Real Name) on 2 October 1992 in Hubbali.

Rachita Ram comes from a family of artists with her father K.S. Ramu and sister Nithya Ram being classical dancers themselves. She is also a trained classical Bharata Natyam dancer and has given more than 50 performances till the date. Rachita Ram born in Hubballi, Karnataka, later she and her family moved to Bangalore when she was in pre-university college. She has an elder sister Nithya Ram who is also a film actress as well as a TV actress.

Rachita Ram initially faced the camera when she acted in the TV serial, ‘Benkiyalli Aralida Hoovu’ in 2011. Later on, she appeared in another TV serial, ‘Arasi’ which boosted her carrier graph tad stronger. Rachita Ram got fame when she picked up for a lead role in Bulbul paired opposite Darshan which released in 2013 and marked as her first debut film. With the success of her first film, she got multiple projects in her hand. After Bulbul, she again shared the screen with Darshan in Ambareesha. Afterwards, she acted in several Kannada movies and shared the screen with almost all A-list Kannada actors. She is one of the most sought-after actresses in the Kannada film industry. She even became a judge for Kick (Dancing show) which was aired in Udaya Tv in 2016. In 2017, she again became a judge for a comedy show called comedy talkies. She also becomes a judge for MajaBharata 2 and Majabharata 3 along with music director Gurukiran.

Rachita Ram making her Telugu debut with his Property Belongs to Meenakshi Movie, the film earlier named as Super Macchi.

Additional information about the actress 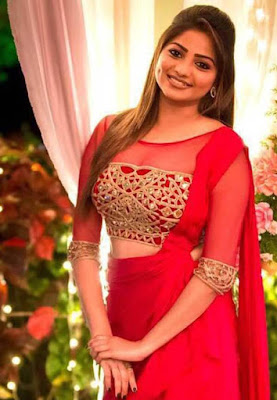