When she was 11 years old and participated in her first photo-shoot for the Nemo Museum in Amsterdam. Her dad took her along and she fell in love with modelling. She went on to take part in a number of photo-shoots in the fashion industry. However, she was often turned down for modelling jobs because many agencies felt that her shoulders and hips were too wide.

With the support of her mother, she works hard to get in curved body shape. She won the title ‘Miss Haarlem 2010’ at a local beauty pageant. The same year, she enrolled in the Dutch national police force where she was just 17 years old. Responding to emergency calls and her work with the police force, helped to mould her into the woman she is today. 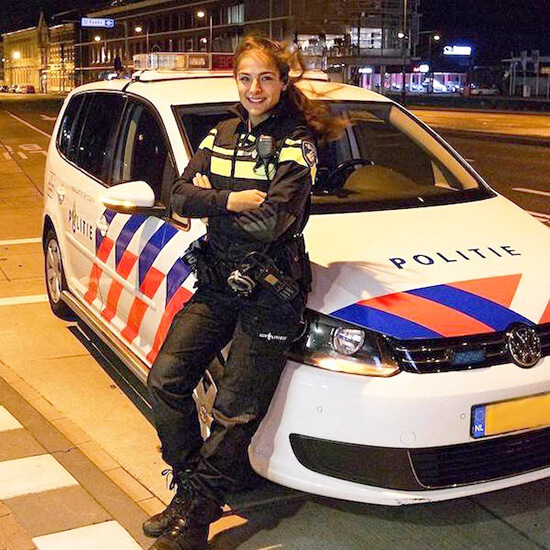 Her mother became very ill and was diagnosed with a rare form of cancer. After the demise of her mother, she got into a depression. This was one of the big reasons Nochtli wanted to quit the police force.

Nochtli had always been passionate about fitness, so it was logical for her to look for a career within that sector. Starting with only 300 followers on Instagram, Nochtli now worked her way up to over a million people in only 2 years. In 2017 she was named ‘Most Beautiful Woman Of The Netherlands FHM’ and has appeared on Dutch TV channels like RTL4, BNN, Veronica and MTV.

Nochtli Peralta Alvarez is dating Jeremy Mettendaf who is also a Youtuber and social media influencer.