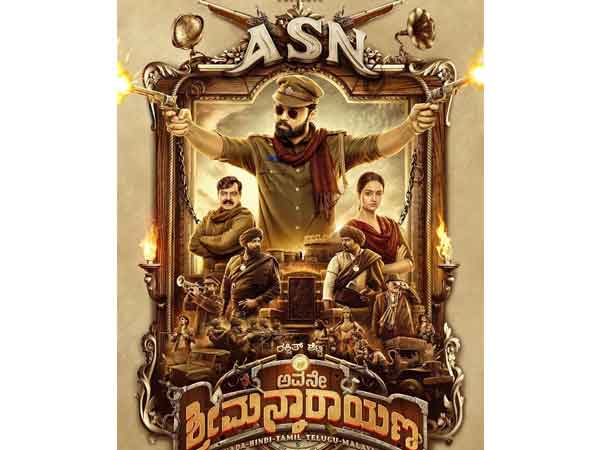 One-line story of the movie: The film revolves around a treasure loot and how nobody could find it, including the two fighting stepbrothers of Amaravathi.

One-line review of the movie: A masterpiece Kannada movie of Kannada film industry.

One-line con of the movie: The length of the movie is a tad bit longer nearly 3 hours 6 minutes in Kannada version.

Review: The movie started with a fictional town called Amaravati. Six members of a drama troupe caught and killed by village’s dacoit clan Abhiras and their leader Rama Rama where drama people were trying to run away with the treasure in a lorry. After killing artists, dacoit leader leaving dilemma and infuriated since artists already concealed that treasure in a secret place.

Abhiras clan couldn’t find that treasure loot even after fifteen years of the hunt which again leaves them incensed. The leader Rama Rama vows to find the treasure and kill all the members of the drama troupe.

A twist in the tale arrives when a corrupt police inspector enters the scene. Hands down the best entry scene in Kannada cinema this year goes to Rakshit’s brilliant entry in Avane Srimannarayana. He is a witty, charming and brainy. Narayana character seems to be a mixture of his Ulidavaru Kandante’s Richie, Pirates of Carribean’s Captian Jack Sparrow and a bit of Indiana Jones. The combo of Narayana and Achyutanna gives a treat for audiences. Balaji Manohar as Jayarama, Pramod Shetty as Tukarama, Shanvi Srivastava as Lakshmi has given brilliance performance in the film.

Each element of the film has a different story to tell, even the lyrics of the songs have some clue for the treasure hunt. Storytelling, cinematography, editing, songs, whatnot, the movie is a masterpiece of the Kannada film industry.

However, the length of the film is a tad bit longer. They could have been trimmed duration of some scenes in the second half.